Our Work
About Us
Channel Expertise
News & Webinars
Contact Us

Our Work
About Us
Channel Expertise
News & Webinars
Contact Us 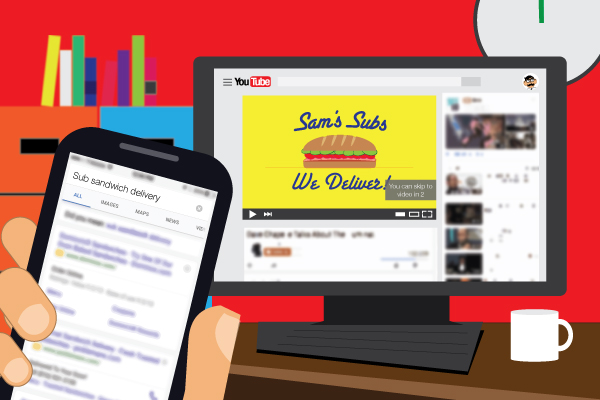 You know those really annoying pre-roll ads flooding YouTube? Wouldn’t it be super cool if rather than annoy your audience with them, you could tailor these ads to match your target audience up with stuff they’ve already searched for online?

It’s a reality now, thanks to a stroke of genius on the part of Netflix and their creative team at Ogilvy Paris. Not only did they cook up with a heck of a way of making those annoying pre-roll ads feel like less of disruption, but also making them useful. Here’s how it works:

When Netflix picked up streaming rights for the 90s sitcom, FRIENDS, they had to find a way to make the show relevant to an audience that already had access to literally thousands of movies and shows. Ogilvy tagged thousands of YouTube’s most-searched videos and matched them up with clips from the hit sitcom, FRIENDS. Say you searched “dance moves”, the algorithm would give you a clip from the show featuring Ross and Monica performing their childhood dance routine.

It may seem silly, but it’s effective because your ad is no longer a disruption to the viewer. In fact, they’re engaged because you’ve struck a chord with something they are interested in, while allowing for suggestion of similar products and interests.

But this sort of responsive video campaign doesn’t have to be limited to popular TV shows. You can create daily pre-rolls related to pretty much anything linked to the search terms your customers are using regularly.

We don’t want to disrupt your customers’ online enjoyment. We want to inform and entertain. That’s how we make advertising useful.